Pelosi to protesters: "Can we drill your brains?"

Seeming to enjoy the back and forth, she followed with another question: “Can we drill your brains?”

She went on to refer to the protesters, who continued to chant sporadically, as “handmaidens of Big Oil.” Arguing that increased offshore drilling would reduce gas prices by only a couple of pennies a decade from now, she referred to the demonstrators as the “2-cents-in-10-years-crowd.”

Majority Leader Steny H. Hoyer swiped at the demonstrators, too, saying that “sophomoric chanting” won’t solve the energy crisis and that “all thinking Americans know” — stressing the word "thinking" and looking at the crowd — that America doesn’t have a quarter of the word’s fossil fuels yet uses a quarter of the world’s energy.

This is the kind of garbage that outrages me (and several others based on the comments below the article linked above).

Not only does this prove how ill Nancy Pelosi thinks of our citizens if they don't agree with her... it provides a wonderful example that we can show our children on how NOT TO ACT towards other people. She basically said "you're stupid for thinking anything that doesn't fall into MY way of thinking... you should be the cattle of Pelosi; agree with me or suffer the consequences."

Why didn't she just point, jump up and down and stick her tongue out at everyone while yelling... "I'm speaker of the house and you're not... neener, neener, neener... I've got a big fat wiener!! Well not really... I'm actually a succubus and I use my muskanky aroma to cause a man's wiener to fall off... Mwahahahaha... which is exactly what I want to happen to every conservative man... be him white, black or green... who dares to defy my great muskanky aroma... Mwahahahaha!!! Ye shall lose thy wieners and I shall mount them... no, not in that way cause no one will let me... I shall mount them upon my no-mans-land trophy wall. Mwahahahaha!!! Bow before my muskanky aroma... give me your wieners!" 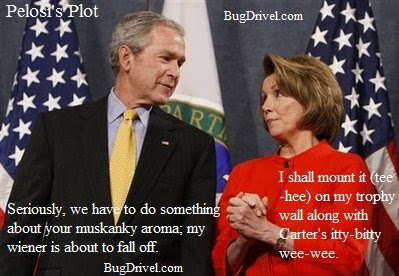 The greatest mistake any woman can make to the man in her life is to remove his penis... for without it, he is just another pussy with a detachable wang he never gets to use unless she's there. A man without a penis is like a battle ship without it's guns... a car without an engine... a plane without wings... a house without doors... a country without a good leader. Hmmm...

I'm tired of women who try to make our men into wimpy, whiny, cry-babies who always say "gee, honey... what do you think... can I take my penis to work today?" A man can be what a woman wants and needs without turning him into another woman... hell... if you want that, become a lesbian; then get back to me and let me know just how much better THAT turns out.

Give our men their penises back!! And while you're at it... give us good leadership... get rid of Pelosi and all the other crap dealers. Where are our conservative men and women to stand up and take us into the future? 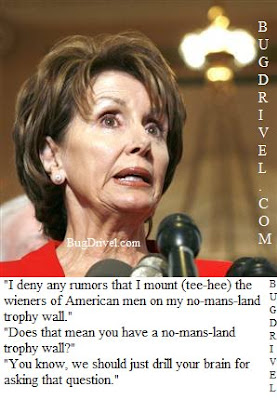 The Libs are out to feminize males in society, they've been doing this for decades. I think it boils down to liberal women suffering the most severe form of penis envy, and no - I'm not joking. I'm serious.

Along with the libs thinking they have the solution to every frekkin problem in the universe,as you cited Hoyer (and god I can't stand him, he looks likes the typical life-long liberal boozer, doesn't he?) unwilling to listen to the crowd of protesters.

Oh that line made me laugh so hard I coughed up a lung!

Good stuff! I expect nothing else from ya!

Thanks David... I agree that they seem to only be listening to what they themselves are saying and ignore completely what anyone else says. It's sad really...

It's worse than that... they openly ridicule the opposition 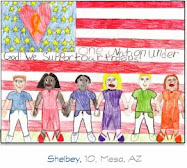 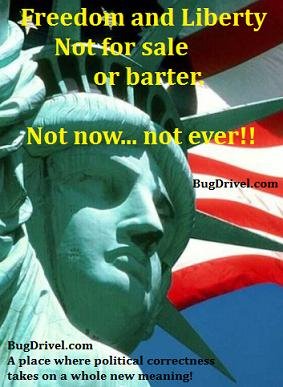 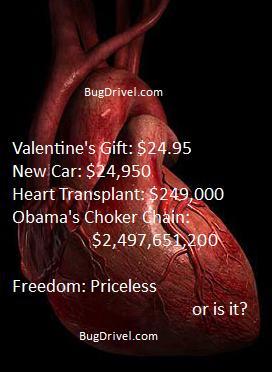 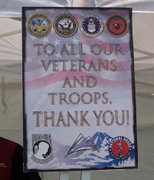